UK house buyer interest has slumped as people stay at home to try to limit the spread of the coronavirus, according to property listings websites.

Zoopla predicts housing transactions will drop by up to 60% over the next three months.

Meanwhile, an increasing number of sales that had been agreed before the lockdown are falling through.

The government has advised homebuyers and renters to delay moving as much as they can.

“Would-be homebuyers paused major decisions and took stock of the unfolding events in the UK and around the world, even before [restrictions] announced by Prime Minister Boris Johnson,” Zoopla said.

Demand in the week to 22 March slumped 40% on a week earlier, its figures suggest.

The property listings site said the UK housing market had a strong start to the year before the coronavirus outbreak crushed demand.

The pandemic has since led to a “rapidly increasing” proportion of sales falling through, as would-be buyers “reassess whether to make a big financial decision in these shifting times”.

Sales were still being agreed, it found, but at a 4% slower rate than at the same time a year earlier.

The Financial Times has reported that bankers have been urging government ministers to suspend the housing market.

They are concerned about the impact of the pandemic on valuations but they are also worried about issuing loans due to uncertainty about the effect the virus will have on the economy, the paper reported.

In response to the crisis, UK Finance, which was formerly known as the British Bankers Association, said lenders would extend mortgage offers for people who were due to move house during the lockdown.

“Current social distancing measures mean many house moves will need to be delayed,” Stephen Jones, who runs the group, said in a statement.

“Where people have already exchanged contracts for house purchases and set dates for completion this is likely to be particularly stressful,” he said.

“To support these customers at this time, all mortgage lenders are working to find ways to enable customers who have exchanged contracts to extend their mortgage offer for up to three months to enable them to move at a later date.”

The government has told people “there is no need to pull out of transactions”, instead encouraging them to “amicably agree alternative dates to move”.

The sentiments identified by Zoopla echo a previous announcement from rival Rightmove, which said the slowdown in the UK housing market had been “significant”.

“The number of property transactions failing to complete in recent days and likely changes in tenant behaviour following the announcement of the renters’ protections by the government may put further pressure on estate and lettings agents,” it said, referring to the recent ban on evictions.

The government said on Wednesday that home buyers and renters should delay moving if possible while emergency measures are in place to fight coronavirus.

“If moving is unavoidable for contractual reasons and the parties are unable to reach an agreement to delay, people must follow advice on social distancing to minimise the spread of the virus,” a housing ministry spokesperson said.

“Anyone with symptoms, self-isolating or shielding from the virus, should follow medical advice and not move house for the time being.”

Meanwhile, there were reports on Thursday that mortgage lenders had started to temporarily restrict some products for certain customers.

The Financial Conduct Authority (FCA) considers that a reasonable period for repayment of arrears or a shortfall will depend on the borrower’s circumstances. In some cases, it can mean spreading the payments over the remaining mortgage term.

A mortgage lender must also establish and implement clear, effective and appropriate policies and procedures to ensure the fair treatment of customers whom the lender understands, or reasonably suspects, to be particularly vulnerable.

If a borrower is in arrears, the lender must consider whether one or more of the following actions would be suitable to help resolve the problem

Please contact your lender as soon as possible if you’re experiencing financial difficulties to get a suitable solution.

The Property Ombudsman has announced that it will postpone its annual conference, which was to have been on June 18, until next year.

In its place, TPO will be holding a Rightmove Webinar on the same morning.

Katrine Sporle, who retires as TPO later this year, says: “Given the circumstances affecting us all, we have decided to convert the conference in Solihull to a Rightmove Webinar to take place on the morning of June 18. We will provide updates, advice and interactive sessions to respond to agents’ questions and concerns.” 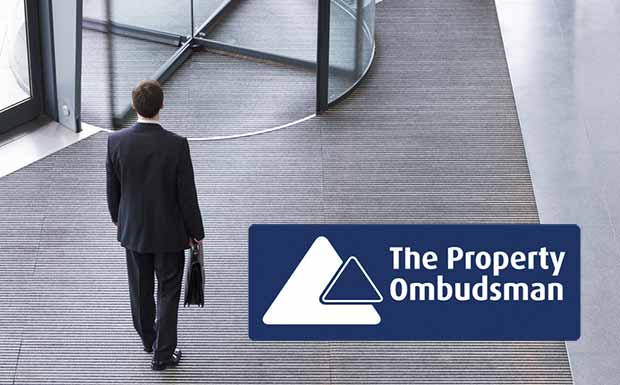 TPO’s office says tickets already purchased will be credited towards the 2021 conference “when normal business resumes.”

Meanwhile a statement from the organisation says it’s business as normal at The Property Ombudsman, with many of its staff managing to work remotely to provide a normal service.

However, TPO says that the priority for agents is of course to ensure the welfare of their employees and advises: “Therefore, if services have to change and complaints cannot be dealt with in the usual way, agents should ensure this is communicated to complainants in writing.”

Should a complaint then be subsequently escalated to TPO, this will be taken into account.

Did you know that rogue traders are taking advantage of vulnerable UK home homeowners who are under increasing pressure to meet soaring living costs? Rogue traders will try to tempt you with ‘last minute deals’, cash in hand’ deals and installation work that is not backed by guarantees/insurance to protect you.

Beware, not only is this illegal as the work will not comply with the Building Regulations, but the work will ultimately cost more and create more hassle in the longer term when the installation work turns pear shaped.

How to avoid cowboy builders