Labour is promising to make all new-build homes “zero carbon” within three years, in an effort to curb housing shortages and tackle climate change.

A Labour government would introduce a “tough” standards for new builds which would see homes fitted with solar panels and not having gas boilers.

The party says it would save £200 a year per house in energy bills.

The Conservative Party described the plan as “unrealistic” and said it would slow house building.

The proposals would mean the day-to-day running of the new homes would not add extra carbon to the atmosphere.

This would be achieved through better efficiency standards and using low carbon and renewable energy sources, it said.

New homes would not be fitted with fossil fuel heating systems, such as gas boilers, as standard and would have “super-efficient insulation” and triple-glazed windows.

The last Labour government introduced regulations to make all homes “zero carbon” by 2016, but it was scrapped by the Conservatives six months before it was due to come into force, Labour said.

Asked about the added cost of installing greener heating, Labour’s shadow housing secretary John Healey said it would be a “relatively small” sum compared to the total cost of new builds.

What do you think? 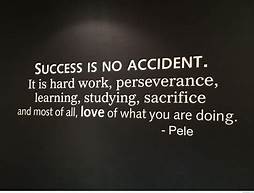