Previously published on my blog to be sold on auction for a guide price of £100, this mystery town centre property with river frontage and far-reaching views has been snapped for a cool £1 at auction.

Although it might seem like a bargain, the drawback is there is no way to get into the 12sq m first-floor space. 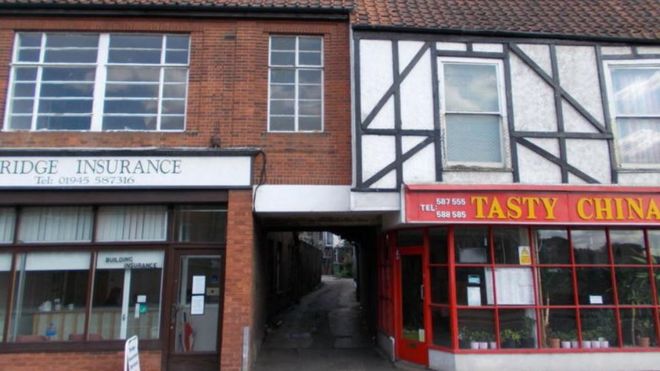 However, the room, wedged between two properties and suspended over an alleyway in Wisbech, Cambridgeshire, appealed to one bidder whose hand shot up when the £1 price tag was announced.

The unusual property is in a terrace of old buildings, believed to have been built as granaries or shops in the 16th Century on Nene Quay.

It is bricked up from both sides and even the auctioneer had not been in to see it.

Fenland District Council, which has owned it since 1966, put it up for sale alongside other “surplus properties” with Norwich-based auctioneers William H Brown

There is no record of anyone ever having used the room and the contents and condition remain a mystery. 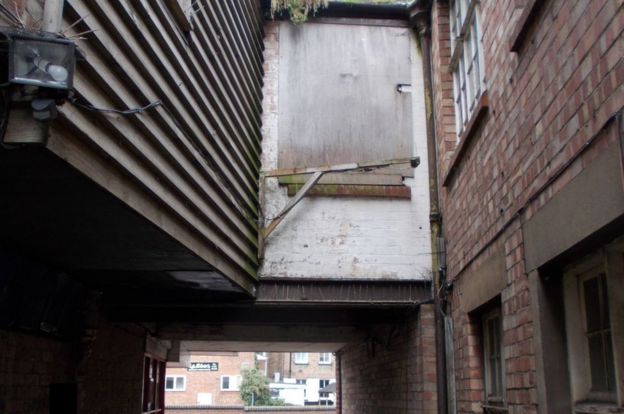 When it first went on their books, auctions partner Victoria Reek described it as “certainly one of the weirdest ones we’ve had at auction” and admitted it was “probably just full of cobwebs”.

She said the vendor instructed the auctioneer to remove the £100 guide price just before the auction opened.

“So we told bidders the first one to offer £1 could have it – one gentleman put up his hand and it was gone – all done and dusted,” she said.

It is not yet known who bought the inaccessible room.

Building planning permission refers to the approval needed for building or extension (including significant renovation) of a property. Generally, the new building works must be inspected during construction and after completion to ensure compliance with building regulations. Planning permission is also dependent on the environment and area.

Local councils are responsible for planning permission and if you have any issues that need to be discussed or clarified, the first thing to do is to ask the planning department. Your local library may also have information and literature to help in understanding issues that are specific to your local authority. The government planning portal website is very useful to find out whether your building project needs planning permission or building regulations approval.  There are common projects and interactive guides to use and find out about permitted development limits or to explore in-depth guidance to understand about what you need to consider at each stage of your project. 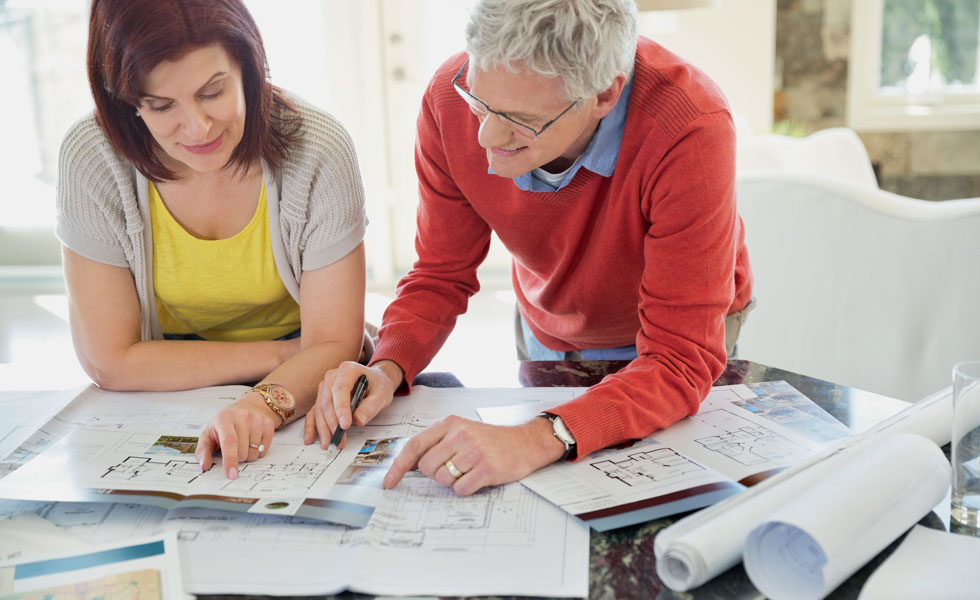 A property has gone on the market for just £100, but it is shrouded in mystery as no-one knows how to get inside.

The 12sqm room is up for auction next month and comes with a flying freehold, as it has no structure beneath and is suspended in a passageway between two other buildings.

The room is in a row of historic buildings, some of which date back to the 16th century, but it appears to be sealed from both sides and there is no other access.

Victoria Reek, auction manager for William H Brown’s East Anglian auction centre, selling the room in Nene Quay, Wisbech, said it was one of the most unusual lots she had ever come across.

She told the Cambs Times: “There is no way in or out from the outside, we have been instructed to sell it and we’re starting the price off at £100.

“We think it would make an ideal store room for a market stall holder but it gives you no access rights, it really is just a room which at the moment, you can’t get into.

“We do come across all kinds of interesting lots like this in Norfolk but this is probably one of the most unusual.”

The room is being sold by Fenland District Council along with a number of other pieces of land, it has had in its portfolio for years.

The auction takes place on Thursday, February 20 at Dunston Hall Hotel in Norwich at 11.30am.

In addition to ensuring that individual items are safe, it’s important to take an overall approach to safety in your child’s room.

The safety precautions that you take will depend upon the age of your children and your judgement of how sensible they are.  Bear in mind that the only thing you can predict about children is they’re unpredictable.

Below are safety tips you can use to ensure your children’s room are safe;

When undertaking property refurbishment, to make the decision of whether to improve or extend your existing property there are things you have to consider with cost being top of the list.  You will need to consider what your requirements really are. 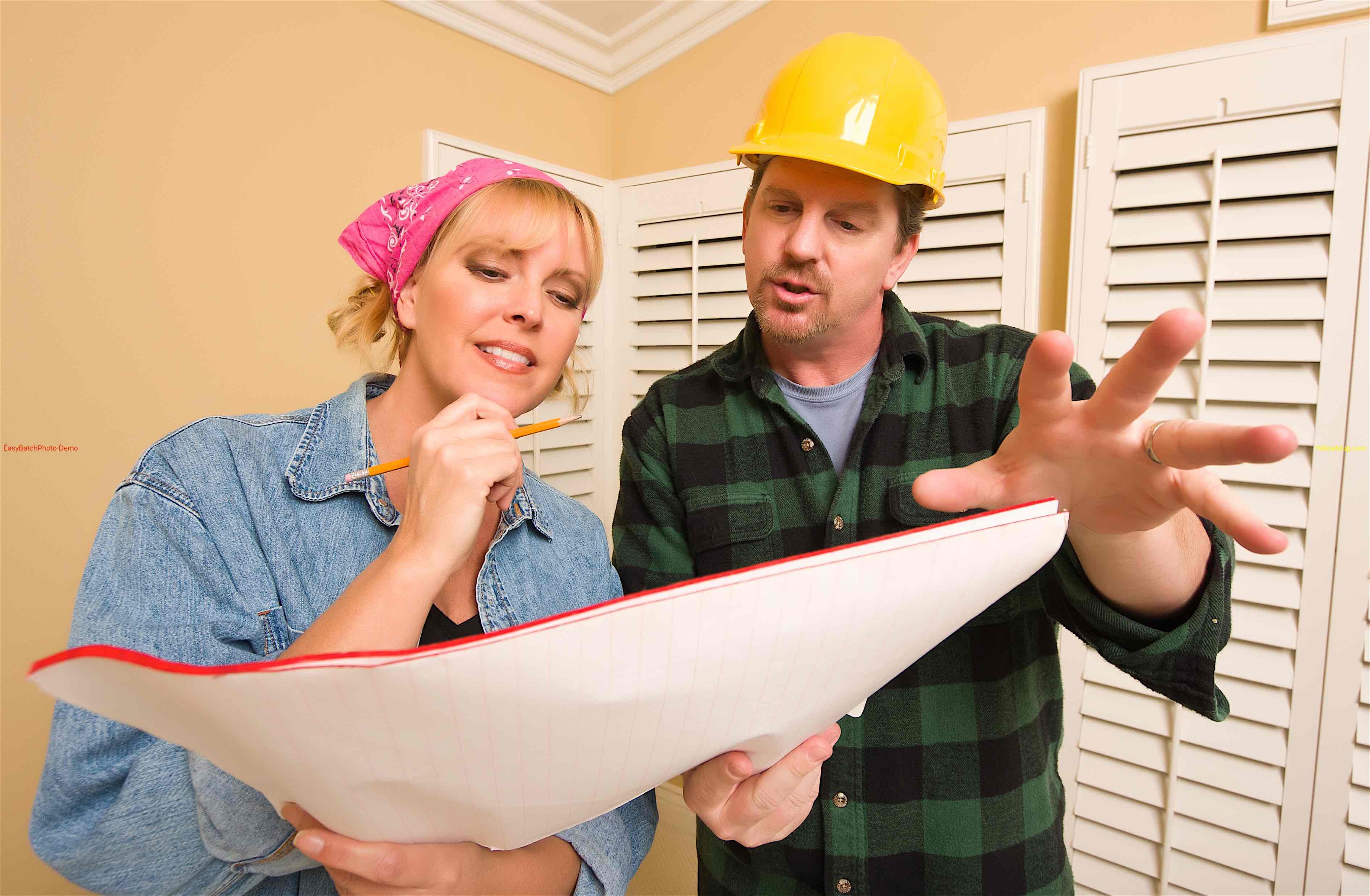 For example, here are some of the reasons why you may consider carrying out improvement and alteration, as opposed to building an extension – to:

Many properties may offer the space to achieve some of the above without the need to extend. Improvements and alterations may cost considerably less and could be carried out without the necessity of obtaining planning permission, although it is advisable to contact a professional builder or structural engineer to ascertain the structural implications when planning to remove dividing walls or chimney breasts, etc. Depending on the age of the property, and other factors associated with, for example, historic buildings, you may need to contact the planning office to ensure that you do not need planning permission to carry out the work.

If you are in two minds about extending or improving your property, it could be beneficial from a financial point of view to start off by making small non-structural improvements. This should in any case add value to your property and make it more desirable. It will also give you the opportunity to see if it meets with your requirements, and if it doesn’t you can then plan for the next option.

This is one of the major question home owners ask when planning to make alteration to their home for various reasons such as open plan living, bigger kitchen, knocking down internal walls etc.

Yes – Building Regulation is most likely to apply.

The UK building regulations specify the forms of alteration that amount to ‘material alterations’ and are therefore ‘Building Work’, taking account of the potential for the proposed work to adversely affect compliance of the building with specific requirements, such as: if your project involves alterations to the structure of the building (e.g. the removal or part removal of a load-bearing wall, joist, beam or chimney-breast); if fire precautions either inside or outside the building may be affected; or if it will affect access to and use of the building. On the assumption that the regulations do apply, all the work involved in the alteration must comply with all the appropriate requirements. 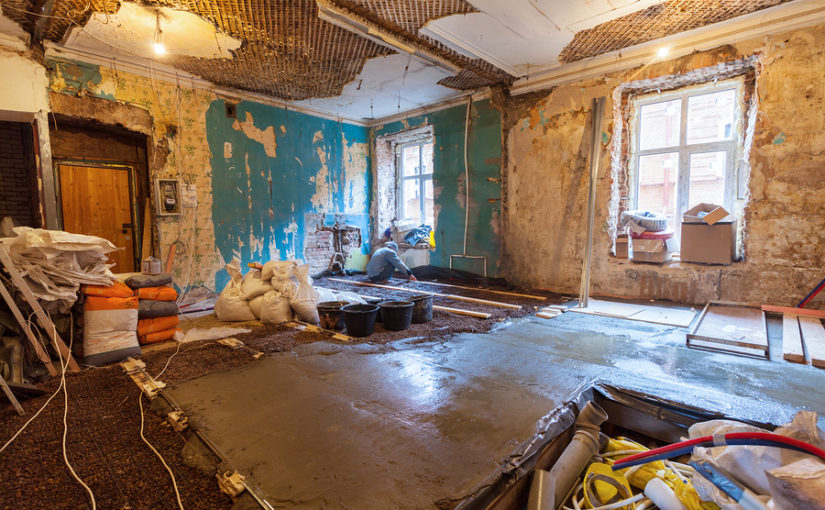 You should always be aware of the fact that although the work involved in a building project may not amount to building work and consequently not be subject to the building regulations, there are other statutory regulations that it may be subject to. If the proposed project could result in a dangerous situation or damage to your own property or that of your neighbour, it may also result in your own and/or your neighbour’s building no longer complying in some way with the building regulations.

CO poisoning occurs when gas-fired appliances such as boilers, cookers and fires are not operating correctly. With research indicating that nearly a quarter of UK homes have one or more defective gas appliance, it is vital your appliances are checked regularly. 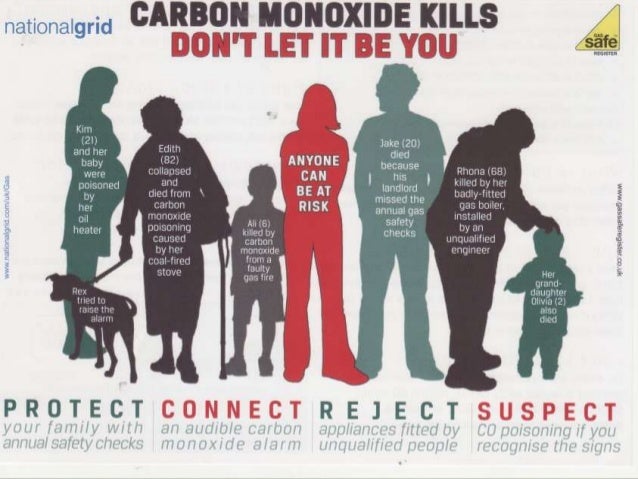 If your boiler is more than 10 years old or has been infrequently serviced in the past, you really should get it checked by a Gas safe registered engineer. Fitting a European standard certified audible carbon monoxide alarm is a vital second line of defence after having  your appliances safety checked. It is essential that your alarm is marked with the EN50291 safety standard and with the CE mark.

Vital signs and symptoms to look out for CO poisoning include: